"Falcon" Aerial Attack-500 E-frame is a versatile design with considerations made toward combat both in an atmosphere of a planet and in the vacuum of space. In terms of sheer performance, its aerial abilities are arguably second only to the CR-001 Exo-fighter, but winning out in terms of ease of operation. The Falcon sports an impressive arsenal on its compact frame. Built into each of the main turbines is a turbo torpedo launcher, while each wing mounts one medium warhead on the tip, and three incendiary charges on the underside. The right arm mounts a pulse laser, while the left arm carries a gatling cannon and a pair of micro-rockets. The nearly unrivaled armament of the Falcon has made it a favorite among command level officers and squad leaders. Partway through the war, Professor Algernon developed a weapon system for the Falcon that he called the Solar Flare, a mass energy emitting weapon that can be used in a directed burst to the front of the E-frame, or in an omni-directional pulse around the E-frame. While a devastating weapon, the Solar Flare is of extremely limited use in squad-to-squad engagements due to the risk of friendly casualties.

Solar Pulse: A devastating energy weapon that emites a wide area anergy pulse powerful enough to vaporise enemy E-frames. It is severely draining on the E-frame Fusion pack and the pilot must be conservative with it's use, due both to energy consumption and the possibility of friendly casualties.

While it is known that the Earth Resistance acquired the same Falcon that Marsh piloted, it is later shown using a Falcon with a modified color scheme, and equipped with a 2 barreled projector on it's right arm compared to the tri-barreled variant used by the ExoFleet. It has been suggested that this particular E-frame is in fact a different E-frame then the one given to the resistance by Able squad and that the two barreled blaster is a different version of the tri-barreled blaster.

It has also been suggested that this is in fact the same E-frame, and the difference in appearance is merely a modification of the original weapon, comparable to shorting the length of a shot gun by sawing off the last 6" of the barrel.

One of the few ExoFleet E-Frames designed with atmospheric considerations, the Aerial Attack exoframe is the superior in terms of speed and maneuverability when compared to any other ExoFleet frame. It carries a variety of weapons, so that the Aerial Attack E-Frame is capable of offensive operations of any type (ground, atmospheric, or interplanetary). This is the E-Frame of choice for many squad commanders, but JT Marsh is the only Exofleet member in the series shown to be using it. Eve Hanley (a member of the Chicago resistance rather than the Exofleet) flew a Falcon E-frame inherited from JT Marsh in the episode Resist!.

The only AA-500 E-frame painted in another color scheme appears briefly as a member of Fox Squad in Trial By Combat. If one looks carefully, there is a dark green E-frame of this type exiting the abandoned genetics complex at the beginning of the episode. 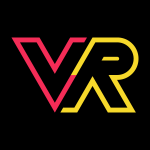